skip to main | skip to sidebar

I've picked up MP4/27 again this weekend. Decided to glue together as many body parts as possible before paint. Because this one is going to be curbside, I've built out almost full body shell. I've use floor as a guide for better alignment. It actually went together better then I've feared. And parts have aligned to each other well enough. I still fear for the version with engine, where I would not be able to glue parts together and panels will have to remain removable. But let's see first if Fujimi actually produces kit with engine, then I'll worry about it, if I decide to buy it. I've also put together nose cone, gearbox and some rear suspension parts, and floor parts.

Last 2 photos are of the mock up and represent current state of the model. 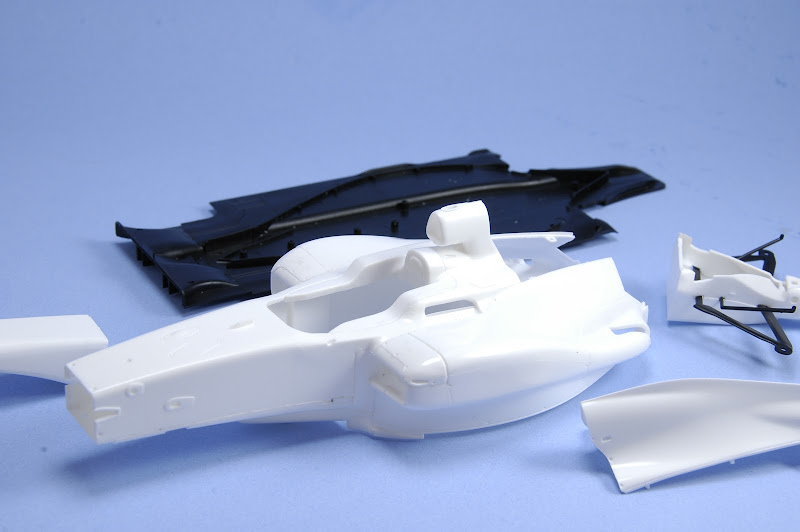 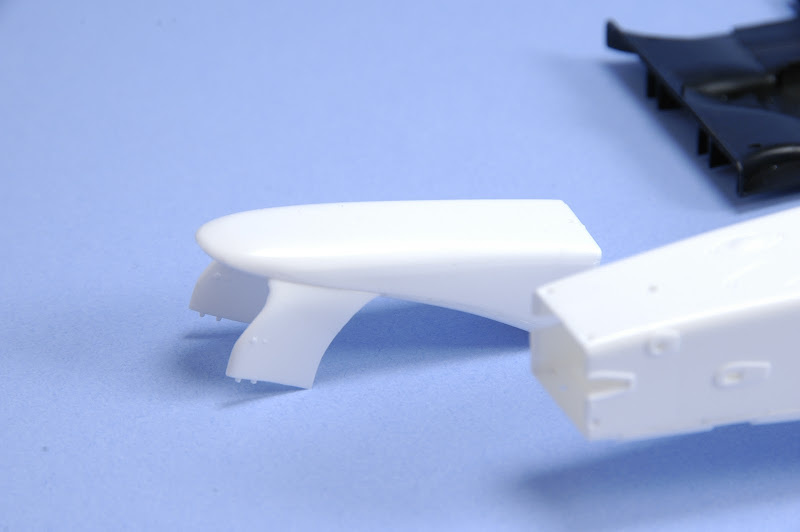 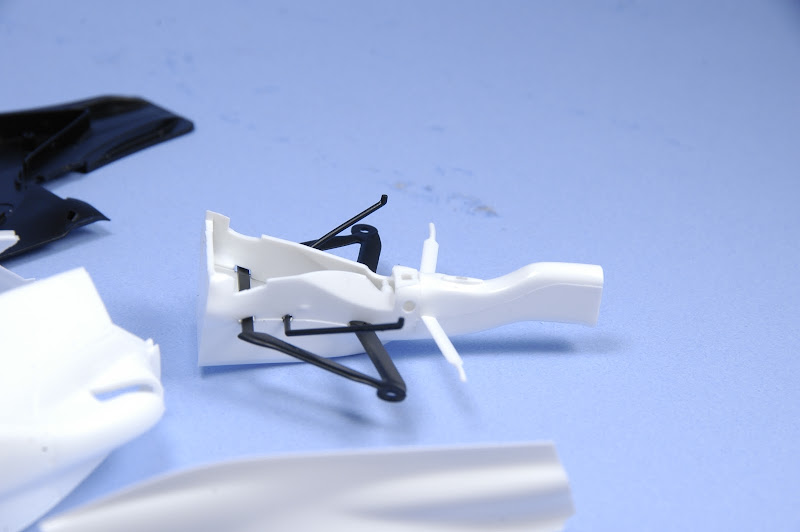 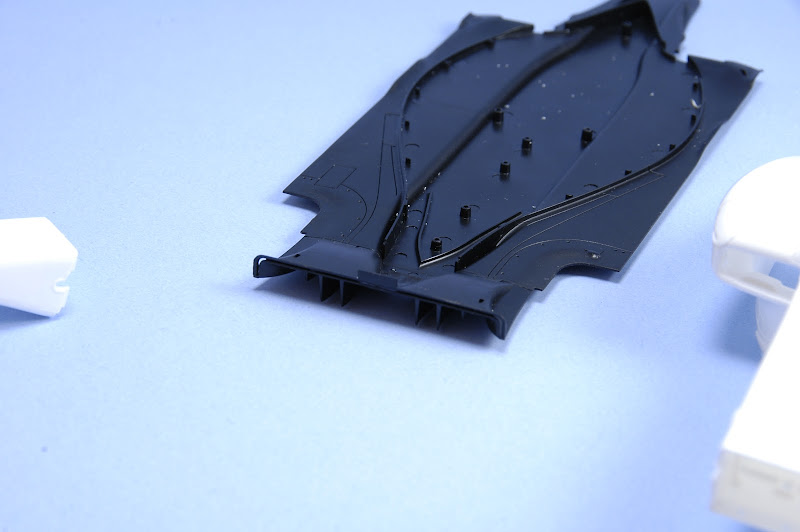 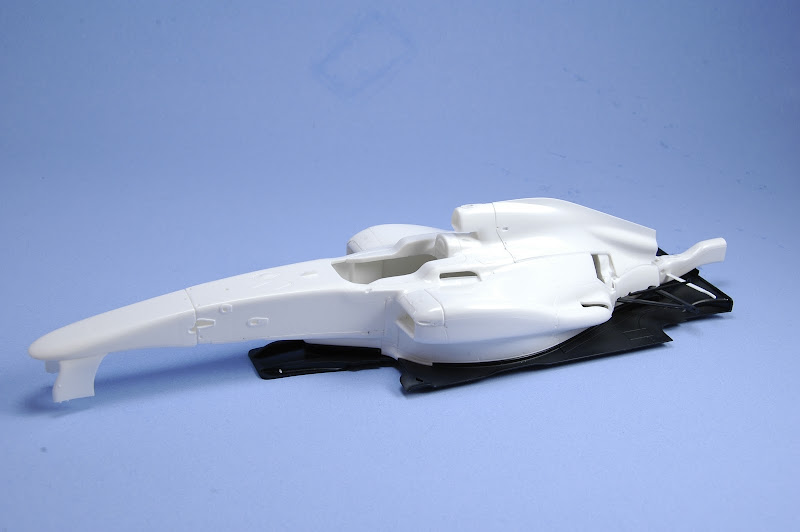 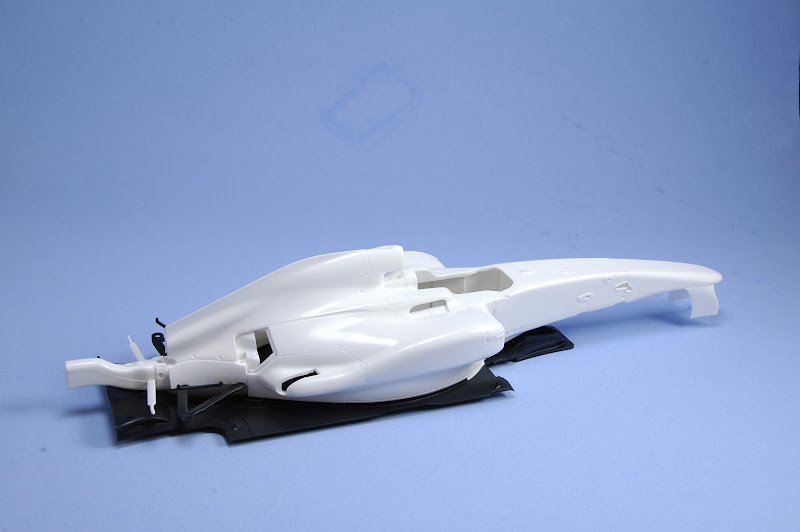 This build was actually started sometimes this spring. However I've only worked on it for an hour or two once a month during model club meetings. Couple of weeks ago it was finally moved permanently to my worktable and I've made more progress on it in one night, then in previous 6 or 7 months. Basically all the parts are detached from trees, mould lines removed and I'm doing preliminary test fitting and gluing of some parts before putty and primer. That's a second kit of F1 car powered by DVF engine I'm building. It appears to be nice kits as well, except for assembly of exhaust pipes. There are 4 pipes on each side of the engine and not much in terms of guiding them to their correct positions. Lotus 79 has a much better solution with long exhaust pipes moulded as one assembly right out of the box. Alignments wasn't a problem at all.

I've also removed moulded on parts, which will be replaced with PE items from Studio27 PE set.

Here are some pictures of parts pre-assembled before paint. 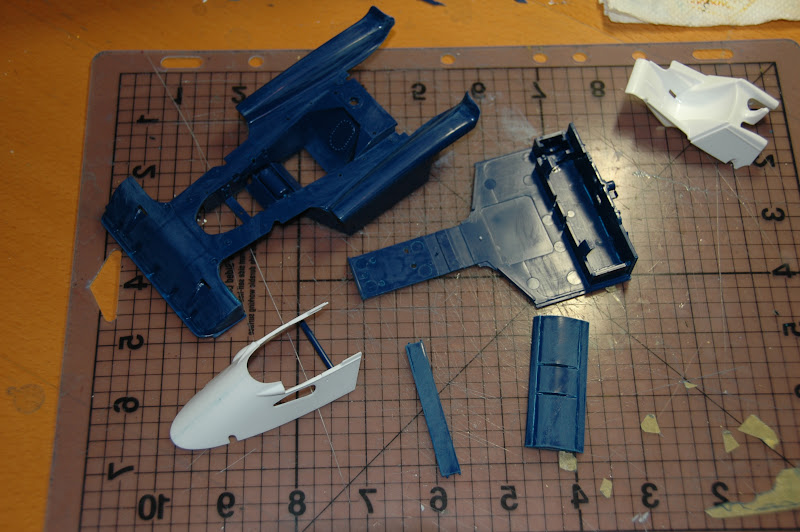 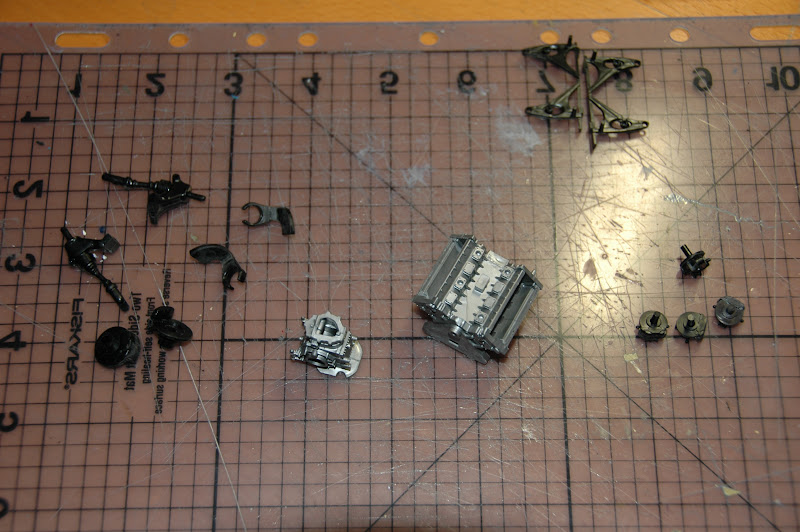